It’s 4.00pm. I am sitting in the lounge of my hotel preparing my next meeting and taking some notes about the things that stuck out from my last session just three hours ago with Melanie.

Melanie is a successful businesswoman, and she contacted me a few weeks ago in a total panic because the online business she had been running for over four years went into a sudden dive and she lost almost 50% of her normal turnover for this time of the year.

We’d never met in person before, so our meeting today was a “Get to know each other” and to see if we can work together in the future.

The incident with her business has shocked her and made her question her way of working and the decisions she’s been taken lately. I listened to her story which was filled with ‘Ifs’, ‘Buts’ and ‘Whens’ and ended with the questions: “What can I do to prevent this from happening again?”.

Planning for the unexpected

What happened was very much out of her control and had nothing to do with her decisions. It was just one of those things that happen in business. Until now, Melanie’s business was a smooth ride, steadily increasing over the years, and this event has clearly shown her how vulnerable her business was. She never really had to make any serious business decisions during this time; things just came together, until now.

She realised she needs to make sure that this won’t happen again, and it is time to make some decisions. But how is she going to make the right decisions in the future?

Decisions are based on our belief of possible future outcomes. We usually go through a process of laying out several scenarios and then decide on the steps towards the outcomes we believe to be the best at this stage.

Sounds simple enough, but most people find themselves in one of two different positions: They either have a vast imagination and can think of hundreds of possibilities, or they are so tied down that only one option seems to be possible which they just can’t or don’t want to accept.

The more choices, the more difficult the decision

Studies have shown that our ability to make decisions decreases the higher the number of choices is. They also revealed that when confronted with three possible options, we most likely make a good decision and find it far easier to decide the first place. If we have only two choices, it becomes much harder, because we are confronted with a yes/no option and only one choice isn’t a choice.

With this in mind, making good decisions means we need to bring our options up or down to the magical number 3. So how do we choose three options out of the possible hundreds?

We need to define some rules about the options we accept as considerable and which we won’t accept. We need to step back to get a different perspective of what it is we are trying to do. The best time to set up these rules is if we are not in the middle of a decision process. They should not be set up as a reaction of a current situation but defined as something we can personally stand for.

Define the rules to measure against

Once we defined our rules, we can measure all possible options against them, that will most likely reduce that number significantly. To cut it further down, we can look at the options we could implement most easily — something we can do now and create impact straight away.

If we have only one option, we need to create other (maybe similar) alternatives. But they all need to have a different possible outcome or direction. If we are so tied down that we can’t think of something, we could ask our friends or co-workers and accept whatever it is they suggest as a possible option. Again, we need to make sure we’ve got our rules in place.

Now we have three options. Which one are you going to take?

I went through the same process with Melanie, and now she is working on it. I am looking forward to finding out about her choices and her resulting decision.

I love it when things come together, and my next meeting just arrived 🙂

Take back your Agenda

How lonely do you want to be?

What is the right decision? 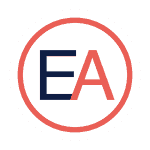